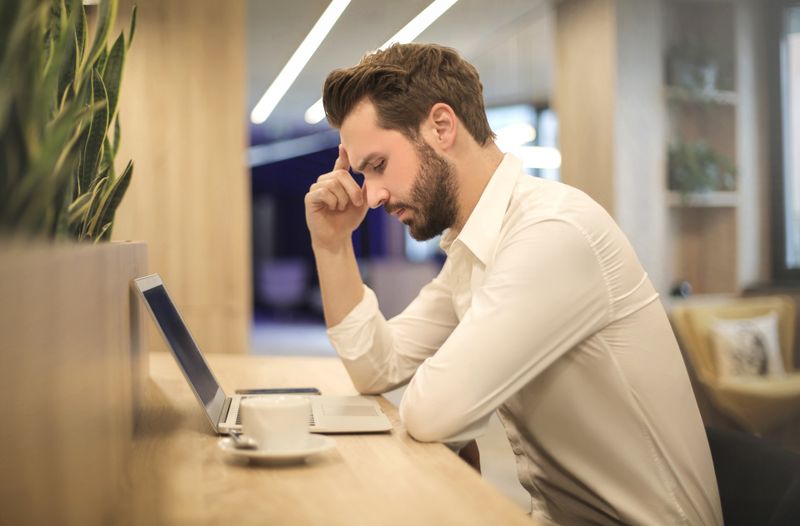 It’s been asked a thousand times – How To Trade Forex With A Small Account?

Below is the piece on this very subjective topic. Enjoy, and afterwards comment to air Your opinion.

“How do you trade a small account? Well, some of the accounts are subjective, if you are someone who’s got 50-60 million in the bank, then 100 grand might be a small account for you. If you’re someone who’s got 20 grand in the bank, then it’s going to be 1000 – 2000 pound accounts. So, I’m not going to talk numbers here, because one man’s small account is another man’s large account. It sort of hangs on the net-worth and all these kind of things. I’m not going to put numbers up there, because that would have made it all feel inferior, or I don’t want to make anyone think – “hang on, that’s not small…” so, both sides of the coin there.

By the way, just a caveat to that, talking about inferiority – do not let anybody tell, you can’t trade with whatever size of money you’ve got. There are instances where people have taken very small accounts and make them into very large accounts by being very skillful. And there are people who have taken very large accounts and gone broke, so never go with…or never judge someone by the size of their trading account. Because, there are some people out there who have large trading accounts, who are destined to blow up and people out there who have got small trading accounts who are doing very nicely and growing it very well. Forget about the numbers, you focus on the game, focus on what you’re trading, focus on becoming a better trader. Actually I’m going to talk very digress, very slightly. I know a guy who had a very successful business; he sold his business, he made several millions, he stuck most of it in a trading account and then he lost it all.

He lost it all, because he assumed, he could do it as easily as he could in his business. I recognize, that he spent a lot of time and effort into his business, a lot of hard work. But, he assumed, the more work he put in and the more effort, the more learning, would equal bear trading profits.

Which isn’t actually the case…Some skill you have to develop; the mindsets you have to adjust and all these kind of things. He, unfortunately, didn’t do that and he lost all his money. He, then had to go back and get a job. So, all that time he made building businesses, selling it – was gone in the market. Which is a bit of a sad story. But, on a flip side, I know people who started out with a thousand, then turning into a quarter of a million, very, very quickly, so…You know, it works both ways guys.

Small account – treat it, like a large account. That’s the best thing I’ve got for you. Even if it is a small amount of money, treat it as if it’s a larger amount, because if you’re doing it properly – that is how you’re going to make money over time. Now, the one thing that people say to you is: “Hey, you should only risk 1%…you should only risk 2% of your trade.” And you know what, that makes perfect sense. If you’re looking to grow slowly, it makes perfect sense. If you’re starting out in the game: to risk a very small amount, to generate your strategies, your risk management, to find out type of trade you are, to find out what type of markets you want to trade, to find out all those things that you need to do as a beginner. For the first few years, it makes perfect sense, to do that. The net of that, means, you’re not going to be growing that much. And also, for a small account, again, I don’t want to talk about numbers, but you could probably work it out in your own head. You can work out a percentage gain you’re going to get from your size account, if you are doing that consistent.

That’s assuming you were consistent enough to make 70% of your trades work and make it 1% on each trade, doing it every month. It doesn’t take to make a lot of money considering the amount of risk you’re taking.

At some point, and by the way, just to clarify here, this is not an advice – this is just purely me talking and giving an account of how I’ve done it and how I know other people have done it. At some point you are going to have to take some bigger risk, if you want to grow that small account into a big account, if you want to turn that whatever number into a number of as many multiples. You would have to deal with some risk. That does not mean, suddenly, taking 10% risk on each trade!  Now, that’s one way of doing it, but of course 10 trades – you’re going to wipe out. If you’re getting 7 out of 10 trades right, it only takes couple of normal months of struggle and you’re going to be having your account down  a quarter of the size. So, the point of the thing is – Risk.

Be sure to also read: How To Beat Randomness In The Financial Markets?

When do you take more risk?

You take more risk, when the market conditions are right. When you’re trading well. When you’ve got some profit and you can play with that profit. Now, probably some people might say: “Hey, play with profit – it’s your money, it’s not house money.” Pretending it’s house money, all I’m saying is, when you’ve made some money, you can then afford to take more risk with that money.

What I mean…Let’s say for example, you’re making…again really don’t want to use numbers…You made X on the trade, okay. You’ve made X on the trade, the next trade instead of risking X, why don’t you risk 2X? So, if that trade works for you, then why not risk 3X? You’re ultimately risking the same amount, because in the first trade you had risked X, you made – X. 2X – you’re still risking the profits from that, and your initial X. Next one – 3X and X. Then, perhaps the market condition stop, so you back off a little bit, you put that to one side. Next time that comes around, you feel you’ve got a trade that is working well – you risk 4X. And before you know it, now you’re starting to talk decent money.

You can’t plot along; grinding and making 1%; 1%; 1%…You can, but it’s not enough….It’s not enough to make it feasible for you even if you’ve got a medium account. You going to have large account for that to make sense, otherwise you’re putting all that effort in, or energy in, unless of course, the caveat to that is…Later on once you’ve proven yourself, you’re going to stick in a larger sum of money to make it worthwhile. If that’s not the case, which is not the case with most people; they’ve got small accounts, and that’s it. Once you’ve proven to yourself, at some point you’ll then know. You’re going to know, when your best trading opportunities are. All the kind of things that you’ve learned through that several year period.

And then, you’re going to say: “You know what, this is the trade that I risk 10X on. This is a trade that I do risk 10% of my account on.” And people are going to go screaming: “You can’t risk more than 10% of your account!!!” Listen, you can do what you want in Trading, if you want to risk 10% in an account, – you risk 10% of the account. But you make sure, that is a time, when you think you are right! You think, that of everything you’ve learned: “This is the right conditions for me…This is the right setup…I’ve been waiting for this…I feel good…I’m in tune with it…I’ve got some profit…I prepared to risk all the profit I’ve made from the last year, or with last six months, to give me that big boost in the next basket of trades. It’s going to put me into the next level. And if I’m wrong, I’m wrong. I’ll be back to where I was. It doesn’t really matter; I hadn’t made that much money, really.”

It’s not meaningful, that amount, because it was as a small account. But, if I’m right, I’m like five times that. All of a sudden, I’m fifty times where I was there (the beginning). Now we’re talking! Now we’ve got a big boost! We’ve taken a small account and we’ve really started to give it a boost.

We then, plot along, again…We cruise…Then, we spot the right opportunity – we smash it again with big risk!

And, yes, from time to time that’s going to catch you out, and you’re going to get poor out, and is going to be back to where you were. But, if you’re in-tune with the market, if you are in-tune with who you are as a trader, if you’ve got the right strategy…Every now and then you get this. You can find, you’ve made quite a few leaps. And if you’re really aggressive, you start multiplying that number, and that number (the previous numbers –Xs).

So, that’s kind of my way of trading a small account. Again, no advise here at all. Disclaimers – read it please, because it is seriously risky! But, it’s the only way you’re really going to get into a large account, and that’s by pure math.

You’re not going to be able to do it just by doing your 1%. Because, in the real world, again, it sounds great if you’re getting that (1%) every time, – you’d do it. But, you’re going to have times where you lose money – you have a draw-down. And then, you start back to where you were – you plot back up again. A little bit of a draw-down, and you just haven’t got the time with that small amount, making into a large account. If it’s because you want to make a little bit of money, that’s fine! But, if you want to grow into a large account, at some point, you’re going to have to take the Risk.”

What Do You Think ?

Trading Forex, Stocks, CFDs, or any other speculative instrument, carries a high level of Risk to your capital and can result in losses exceeding your original deposit. Please ensure that You fully understand the risks, and seek independent Financial advice if nessesary. Nothing in this publication constitutes a personal advice, or recommendation. It is general in nature and was written for educational purposes, only.